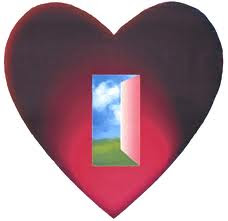 Of course that I have now smugly tweeted about going to the the Motherfucking Post Office Like an Adult, I need to do what I can to sabotage that effort for myself.

So, let’s talk about doors. This particular door started opening when I started having conversation with Gordon because I don’t think we’re really happy in our platonic inter-continental marriage unless we’re blowing each other’s minds. I wanted to show him my kitchen witch book outline and as I was summoning the courage to do so, the old computer died. Like dropped dead, no hope. I thought I had backed it up but no, I had instead three versions of the outline forcing me to make a whole new one using the old ones and then adding in stuff as I saw fit. After all that work, I hastily forced myself to push “send”. Gordon was completely awesome about it as per usual and had a lot of great advice about that and my crafting business which my fear of success has me currently too afraid to fully absorb so I owe him an email.

Prior to this, every Tarot card reading I’ve done for the last few months have basically warned me that if I get successful, I have to be careful to not let it be my undoing a la Lady MacBeth which is always lurking around my subconscious.

Additionally, I got my first request on how to deal with a magical situation from a stranger.

On Monday, Jow and I went to New Hope which is a alterna friendly/pagan friendly town and it’s always had a special place in my heart. As my friend Sarah once said, It was named right. New. Hope. We went to a winery and drank all sorts of wine with cute boys playing Fiona Apple on the stereo and then to a local store where I bought a new drop spindle and they invited me to their “Spin in”s. Then it was onto the town itself where we had one of the best meals we’ve ever eaten, period at Havana’s with bacon wrapped dates, thick heavy yummy risotto, chicken roti and plaintains mole with Dead Guy ale. We were feeling pretty good about things and food drunk when we stumbled into Mystikal Tymes, the first witch shop I’ve ever been too. I could tell as soon as we got in that the woman (who I didn’t recognize) working there wanted to see my eyes so I took off my sunglasses. We bustled about getting sage, charcoal and candles and then got to the counter and asked for John the Conqueror and lodestones. The woman showed me how the stones worked (I had never seen them in person) and then sort of eyed me and finally said, I don’t know why I’m being told to tell you this but if anyone is giving you a problem, do the following thing. It works. (silent understood: this is not strictly “positive” magic). I was floored because it was the beginning of tourist season (though we were alone in the shop) and getting that kind of information is typically a strictly after hours sort of business generally. I replied, thanking her and saying carefully that I appreciated the information and I *always* thought *very* carefully before using this sort of magic. She nodded, satisfied.

We got into the car and I was sort of reeling when I shuffled my iPod for some radiomancy and Fiona Apple’s “The Child is Gone” came on:
Honey help me out of this mess
I’m a stranger to myself
But don’t reach for me, I’m too far away
I don’t wanna talk ”cause there’s nothing left to say
So my
Darling, give me your absence tonight
Take all of your sympathy and leave it outside
’cause there’s no kind of loving that can make this all right
I’m trying to find a place I belong
And I suddenly feel like a different person
From the roots of my soul come a gentle coercion
And I ran my hand over a strange inversion
As the darkness turns into the dawn
The child is gone
The child is gone

At that point, I felt . . .look, my general ability to sense magic is roughly on par with a sack of potatoes so any kind of “sixth sense” stuff going on without intent is sort of startling but I felt a door inside me open which was really freaky. I feel like I’m being pushed (if by pushed we mean given a good hard shove) towards something dealing with my magic stuff and my writing and it’s an even harder shove than when I did SalonCon which is pretty terrifying honestly. I feel like I’m going to be coming into my own and that’s difficult to digest because frankly I went from seeking my magickal DESTINY!!!11111!!! to just sort of well . . .ignoring it. I say sort of because I became v. comfortable with who I am and what I can do and I wasn’t looking to do more than that anymore. I’ve also toned a lot of aspects of myself down a lot post divorce because I didn’t really care for how broken those aspects left me – ambition, drive, the spotlight, they’re all v. cruel mistresses that can come at a big price. I lost my marriage (oh for a ton of other reasons too believe you me, but it was a factor, wasband didn’t exactly care for “holding my purse” so to speak), I lost a lot of money and I was never comfortable with occasionally being recognized on the street. And now I see that door opening back up, this time with even more possibilities and more wisdom and . . .I’m frozen like a deer in a headlight. I am way more afraid of success at this point than failure. Failure is easy, you get knocked down and you get up again. Success comes with murky problems that are difficult to navigate.

So I stand here, poised. We’ll see what happens.