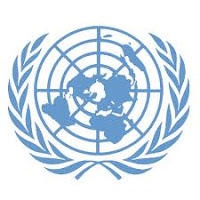 Me: Filthy Reclaimist accustomed to improv and compromise in a rit, more of a group practitioner than private practitioner, roots in less book oriented spirituality such as Dianic Wicca, Shamanism, Hoodoo and Kitchen Witchery.

Jow: Ceremonial Magician, accustomed to working alone in a structured setting, roots in things that require a lot of reading like Hermeticism and other ceremonial traditions, raised as an only child (his older sisters were grown).

Now do a ritual together!

The planning always ends with me simultaneously wanting to strangle Jow and bang my own head against a desk until I stop moving. The *easy* and *obvious* answer is to stop working together but that seems like a cop out to me, since we live together and both do magic. And while yes, as per the blogosphere, the Solstice/Full Moon/Eclipse has many convoluted meanings and ramifications to it, I was excited to do magic on a day where these things haven’t happened simultaneously in over four hundred years. Also, I am currently unemployed and can stay up til 3:30a so I wanted to take that while I could get it.

Picture it! We’re in our living room, we’ve just devoured tasty tacos and are feeling pretty good. We cleaned ALL THINGS (at least all closets, pantries and fridge) and things are looking good.

Then we start talking litergy.

Me: I’d like to raise energy together to focus together on our work.

Me: Keen! Okay, maybe a song or a chant?

Me: (Suggests like NINTY BILLION songs and chants coming from various pagan traditions as well as modern songs and potentially playing music and just rocking out)

Me: (Asks him to suggest something)

Him: (suggests something unpronounceable)

Me: (Explains the point of raising energy as I was taught was to get focused, in an egregor, etc which means everyone needs to pronounce it and the meaning of the words are important but . . .pronunciation is more important)

Him: (FINALLY suggests to use the chant from the movie The Craft)

Me: AFTER AN HOUR OF RESEARCH AND SUGGESTION, THIS IS WHAT YOU WANT TO USE? SOMETHING FROM A MOVIE!

Me: But you said — Rrrrrrrrrrrgh.

Forget even getting into the conversation about purification. Eventually, he said, I just need things to be explained as to why you would want to use them. I said, um, telling me that would have been muy helpful. Him: Oh . . .right.

We then discussed if working together magically was going to be possible. Mind you, neither of us were used to being up super late anymore so we were both feeling cranky. After a cup of tea, we had decided to try to do work in Cornish witchcraft we were both enamoured of from a video.

Why this will (probably) work:

1. We already bought stuff for a Wiccan altar and would like to use it.

4. We like the British lady from the video, she uses a neat . . . like boomarang on a string to draw her space.

5. I would like to learn more formalized practice and have more of a personal at home practice with rituals.

6. Jow wants to learn more about “Gen Ed” paganism and how to work in a group with others.

7. We would only need to buy a couple books.

But, this is for the future. Despite crankiness and difficulty, we managed to put together a lovely, simple ritual that resonated with both of us. We started by ringing a bell and then smudging with sage. Jow invoked to Ganesha as gatekeeper, I invoked the moon. We did our chant (which did work wonderfully for us, sulkiness aside, he hit the nail right on the head there) and had two of our fanciest glasses and a bottle of St. Germaine (which is currently the fanciest and most coveted booze we own right now) and we each took turns invoking our personal god/desses and making our petitions. It flowed really well and naturally and it had a quiet kind of power to it. We had two candles lit and our little rosemary christmas tree in the center of our table with our grapevine star. We both were v. eloquent if I do say so myself and poured libations. We then went outside to admire the eclipse and the moon (so crystal clear and gorgeous) and to offer our libations.

We weren’t going to do a divination as to how our spellwork went and that turned out to be a correct instinct. Because at ADF GoG when we do so, it’s “So gods! How’d you like the party?” And they’re either like, it was awesome! Good things are coming!/Let me warn you about some things . . .Or occasionally, outcome unclear. (Generally when the invited guests were unsure as to how to behave at the party. Like, being invited into a cultural party where you don’t have any idea of what’s going on and you’re like, the food was weird but okay? I couldn’t understand the people? But it was nice of them to invite me?) Once in a v. great while, something that borders on, Boooo! Did not like!

Our cards both came out v. “Good things could happen from this! Or bad! I don’t know!” Which I think was more of the result of us asking for a whole lot of things and not yet having done any real work towards it. It was asking a lot to get a solid yay or nay this early in, it felt v. much like the wheel was still spinning.

But all in all, the rit was v. solid and felt like it went well. I’m glad we did it!