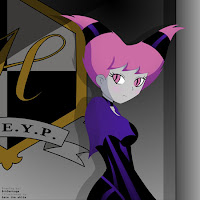 So, admittedly, it takes a while for the idea that someone could be crossed or jinxed to permeate my brain meat that’s hazy with too much Teen Moms and the nine billion things I need to accomplish in a day. But Jow gives me more credit by reminding me that my magical vetting process has more in common with the Vatican than with the Neo-Pagan movement, so it’s going to take a whole lot for me to think that it’s on the table.

Hoodoo Crossroads writes an excellent post on how to identify if someone has been cursed, which is helpful. My friend “Danny” always had shitty luck, some of it has been frankly of his own making. Poor decisions and whatnot. So generally, my advice was to fix x issue or y issue. But even when he was working on it, things had a way of spectacularly falling apart with unforeseen outside issues. He’s really been hitting rock bottom lately and I was out of ideas about what he could do to fix it. After a few conversations where I just sympathized with his situation and new information on how an already bad situation got worse due to outside influences, I finally asked.

Danny only vaguely believes in a very vague sort of paganish paradigm and is not someone I would categorize as religious or into magic. I’ve never asked anyone that, but I was out of ideas and the more I thought about it, the more I thought, maybe it was *possible*. After a thoughtful pause, Danny said, it’s really funny you should say that. There’s been a family rumour for years that my immediate family might be, something about a neighbor who may have been practicing something years ago.

It’s not that I’m sure Danny is cursed. He’s not someone to think he’s constantly UNDER PSYCHIC ATTACK or even particularly believe in it. But my thought was, well, if he is, then this could really help him turn things around. If he’s not, no harm no foul. I don’t wander off into well magic/the gods is just an archetype so you can use any herb for anything blahblahblah whatever, but I was a psych minor so while I dutifully use the proper herbs for whatever and believe the gods are separate (as much as anything or anyone is separate) beings unto Themselves, I also dig Jungian psych, NPL, etc. I think if Danny even allows for the possibility that whatever spell work I suggest is possible then a lot of subconscious and let’s get crazy, magical stuff could go down. However, I also believe that if he really wants to fix this, he needs to take that big step and do the working himself, at least to start. If he tries it and it doesn’t work, then I would step in and see what I could do from my side. At the time I gave him this spell work, he said he would give it a go. He has not yet done the spell work yet, but says he plans to. It was interesting to try to plan a spell using ingredients that a non-magical working/not too heavy into cooking household would have.

Him: Yeah, so I don’t have a lot of room around the perimeters of my room.
Me: That’s okay. It’s only a sprinkle of salt/sage.
Him: Oh. Yeah. I see that now.
Me: . . .There’s a saying in witchcraft, “To Know, To Will, To Dare and To Keep Silent”. If there’s a cup and a half of salt/sage spread around your room in big clumpy piles, that’s . . .not very silent. A lot of people would ask a lot of questions about that.

1. Take a shower. While showering, use some salt like a scrub and scrub your body with it. Imagine your bad luck going down the drain with the water.

2. Open your bedroom window and wave all the crappy luck out of it with a broom.

3. Mix about a tablespoon each of sage and salt together and sprinkle it around the perimeters of your room. Once you have done that, recite the 37th Psalm. While reciting it, keep picturing your crappy luck leaving.

5. Without your pen leaving the paper, write down the things that you want in your life. Be specific.

6. Sprinkle cinnamon and allspice on the paper and fold the paper *towards* you while saying,
Father Coyote*, this dog’s luck is nothing but crossed
Please bring me what I’ve asked for before all is lost.

7. Put the paper on the reflective surface with the candle on top. Light the candle. Repeat the prayer to Coyote. When extinguishing the candle, don’t use your breath. Use a lid or a spoon or a dish. When relighting the candle say the prayer. Do this until the candle is completely used up.

8. Take the piece of paper and the melty wax that melted on top of it. Put it in a small ziplock bag and put it in your dice bag with your luckiest gaming dice. You carry your dice bag with you all the time anyway, so keep doing that. Do your best to not show anyone the ziplock bag. Dab the dice bag once a week with good booze and repeat the prayer to Coyote.

* Coyote is Danny’s patron deity which is why I picked him for this working.