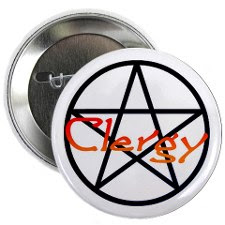 So, it’s been super fun living with me lately as I am constantly on a verge of massive self discovery and/or a nervous breakdown. I’m either going to really build my pagan empire (which is a different story!) or make everyone else stab me to death nineteen times trying.

I’m not good with uncertainty and everything has been fraught with it since my company closed. Sometimes I can’t sleep well for no real reason beside a hormone dip maybe or just general flailing.

I am trying to:
* Write my book
* Start lecturing again
* Get a stable source of income
* Work unstablely
* Have a put together life with a nice house, nice car and look like I wasn’t mauled by tigers when leaving the house
* Go to the gym
* Start my crafting business

It’s been difficult. Kelly Cutrone in her awesome book If You Have to Cry, Go Outside talks about how in your twenties, Durga’s tiger is riding you. In your thirties, it is your job to ride that fucking tiger. And oh lordess am I trying. But the tiger is tricksy and clever and sometimes wins.

So, this leads us to today where Jow has the enviable job of attempting to talk me down from hyperventilating in a scrunched up ball about what a fucking disaster I am and what a mess my life is and I’m not a good writer and I’m not a good anything and all those hysterics that make artistes such a fucking joy to live with. He eventually gets simmered down with the promise of list writing to start my pagan empire and somehow that got us talking about the lack of laypeople in paganism and how everyone wants to be a grand high pagan priestess all Six Sigma crazylike.

I mean, as always, Gordon articulates it much better on how we all need to kind of calm the hell down and we all don’t need to be the top of the heap in cultural practices not indigenous to our own but let’s talk about my feelings on the matter.

See, I too wanted to be a special pony-princess-priestess at one time. Hell! Let’s really get real here, I called myself a shaman for like half my twenties! But we’re like suuuuuuper fixated on titles in the first world. Titles, as my panicky hamster brain reminds me, tell us who we are and what we do and what we can expect from life. I obviously like titles in much of my life, especially titles that assert prestige. I am too snotty to call myself a mere baby sitter, I’m a nanny thank you. Admin? Um, no. Executive Assistant. So *obviously* for like the first 3/4 of my Pagan life I wanted my six sigma priestess merit badge and I would be respected and revered at 25 as is the natural course of things.

Yeah. Well. Around 28ish when I started transitioning from maiden to mother, a thought became crystal clear: You don’t know a goddamn thing about anything. Naturally, this was terrifying to a know-it-all like myself. But then I thought about my spiritual mentors – N. who refuses to be a teacher to anyone but wound up in clergy despite her best efforts to dodge that dodgeball hurling at her and S. who despite founding said circle has always been adamant about our circle being non hierarchical and that she is v. much *not* in charge.

When I started to wake up to the reality of what clergy really means: death rites, marriages you know aren’t going to work that you need to perform anyway, being political and keeping your mouth shut, lots of unpaid labor, being forced to mediate “she’s on my side of the chair” fights, I started thinking heeeeeeeeeeeeey back away slowly, you need that aggro like you need a hole in your damn head, you have enough problems.

And I do. I wonder why in paganism especially it seems that we all need to be experts, priest/esses and basically the person who knows the most. I wonder what that says about us as a people? I mean, surely we can’t all be awesome people-people with seemingly never ending amounts of patience and kindness. It’s not like it pays anything or even carries much prestige at the end of the day outside of the pagan/occult community. But yet . . .most of us seem to want it like a wanting thing and I wonder why that is. It took me like ten out of fourteen years of my Pagan practice to stop that. Because . . .you know what? I don’t want to be held up as an infallible expert, I don’t need that pressure in my life. I don’t need to be the realest of the real, the family trad-ist of the family trad, the most authentic misappropriator . . .I don’t. I know some stuff about some stuff. A bit of hoodoo, a bit of voodoo, a bit of shamanism, a bit of dianic wicca, a bit of ADF druidry but nothing that impressive in terms of degrees and accomplishments. And . . .that’s okay. For better or worse, we’re mostly a culture of dabblers as Pagans. That doesn’t mean you should mash everything together whether it fits or not, but the minute that someone expects me to put on a mask and tries to make me pretend to be perfect at what I do and that my life is a Stepford bed of perfection, that’s when I’m out. I don’t want to be clergy and I don’t want to be an expert.

Maybe this is a little kumbaya but frankly I just want to write and talk about my experiences and how I do things and teach people how to do them and get ideas circulating and make sure we all (myself included) have our critical thinking brains on at all times, *especially* when it involves ourselves. I want to be able to teach without the expectation that it means my life is perfect and I’m unaware of my flaws, I’d rather be relatable. I’d rather you say, well if this chick can do it, surely there’s hope for me. It’s Rachel Ray and Penelope Trunk’s charm. I’d rather learn together and I’d rather someone say hey this thing you said didn’t work for me and me saying okay let’s try to figure out something that will. It’s scary on the back side of the panel with all the expectant looks that surely you must know the answer because you are on the answer side of the panel but I’m going back out to the answer side of the panel, hot mess and all because I feel like it’s where I should be and this time I’m ready for it and have the blueprint for what I can share with the world.

So, as they say, here goes everything!