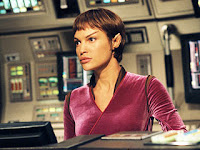 In this modern first world life, boundaries are a constant hot button issue – the friend who calls at 3a on the regular crying about her messy love life, the mother in law who wants to be a little too involved in your life, your sister constantly claiming she just wants to do one thing like go to the doctor’s with the lure of hearing the baby’s heart beat and then ropes you into going on two or three errands after.

Okay, the last one is totally my problem. But, boundaries are a big issue because it requires a lot of balance, some quid quo pro and not getting bogged down by feelings.

Because humans aren’t exactly known in general for our awesome Vulcan like tendencies as a whole, you likely go one of two ways: You are *so* conscious of your boundaries and policing them that you likely push people away or you are a people pleaser and find yourself getting steamrolled on the regular.

· Do people say they have a hard time getting close to you?
· If someone says something that doesn’t jive with your boundaries, do you need to correct that person immediately, even if it makes the conversation awkward or becomes an argument?
· Would you rather have your boundaries intact, even at the cost of making a new friend?

Are you a people pleaser?

· Do you feel like people don’t respect your time and/or space?
· Do you find yourself doing things that go against the boundaries you would prefer to have with loved ones regularly?
· Do you find that you have too many loved ones and it’s difficult to keep up with their demands?

It’s okay to be either a Policer or a People Pleaser, you’re going to have a tendency towards one or the other. But if you want to maintain boundaries while still being open enough to allow loved ones in, striking a balance is key. You are going to often fail at this miserably because, again, you’re a human and not a Vulcan. The trick, as the lifehackers are fond of saying lately, is to fail better regularly and to be conscious of how you tend to be and to be conscious about trying to strike a balance.

If you know you’re a people pleaser, it is vital for you to do some hacking and slashing in your life. Are you part of any organizations that you’re only lukewarm about, but they take up a lot of your time and energy? They’ve got to go. Do you have any loved ones who are terrible about the 80/20 rule? Sometimes. . . .it’s not as easy to just cut them out of your life for a whole mess of reasons.

But, with people like casual acquaintances, if you can, start gently removing yourself from their lives. For me, I got rid of a lot of Facebook friends who are not actively a part of my life and who I’ve fallen out of touch with and who never bring anything to my life. I don’t have all day. There’s been a couple acquaintances who I didn’t not like but didn’t really enjoy their company either on the occasions I saw them. Generally, on the occasion I would see these acquaintances, I couldn’t do the things I enjoyed; they were preventing me from seeing people that day whose company I genuinely enjoy or from doing things at home I genuinely enjoy. I stopped returning calls, unfriended them on Facebook, etc. Doing this really helped me regain control of my life and helped me focus on what was important to me; working on writing, spending time with my loved ones, crafting/Crafting, etc., etc. At the end of the day, remember, you’re steering your boat and you get to decide how your time is spent.

However, just because you’re steering the boat doesn’t mean you’re not going to get stuck doing things you don’t want to do. I wanted to go to a whole cavalcade of weddings this summer/fall about as much as I wanted to eat my own eyeballs. I wanted even less to be a bridesmaid several times over. Being in charge of your life doesn’t mean that maaaaaaaaagically everyone will be doing everything in a convenient manner.

But ask yourself these questions: While the person(s) are currently being a colossal pain in your ass for whatever reason (personal problems, wedding, moving, etc.), are they generally? Do you love them? Do they do right by you most of the time? If your answer is yes, sorry Charlie, sometimes we all have to suck it up and do shit we don’t want to do so be a good pony and put a smile on your face and put on that damn coral dress because they’d do it for you. Quid quo pro, Clarice, it’s called being an adult. And remember! You’re not a joy all the time either. I highly doubt my complete divorce related break down was convenient or fun for anyone, but they were all there for me, so I am there for them.

You can’t always get rid of people, even when you’d like to. Mother in laws, friends of friends, significant other’s friends, whatever. There are people who we are obligated to whether we like it or not. I find a few things help in this kind of situation.

1. Gently, but firmly assert your boundaries. Be a broken record. If you said you could only be there until 6p, leave at 6p. If s/he is complaining that you don’t spend enough time, aren’t a good cook, whatever, say something along the lines of, “I’m sorry I don’t have more time/aren’t a better cook/hate cats/whatever, but I have a deadline on this project/it isn’t a priority for me/ have allergies.” Then change the subject. Lather, rinse, maim as much as necessary on repeating that phrase gently but firmly.

3. When you are obligated to do something you don’t want to do or spend time with someone you don’t want to spend time with and there’s no escape, the best thing to do is to just throw yourself into the experience as much as possible. Have as much fun as possible, make the other person have as much fun as possible. Just open your heart and open yourself up to the possibility of it potentially being a good time. Don’t let petty bullshit get you down, use step 1. and just rock out. Worst case, you’ll be home in a couple hours/days/weeks and you can go back to business as usual.

4. If it’s an awful situation you can’t make better but are forced to endure, I suggest keeping a bottle of Black Phoenix Alchemy Lab’s Scare Crow on you in your pocket or purse at all times. You may not care for the smell, but that’s sort of the point. Scare Crows are meant to keep things out, it’s formulated to act as a magical repellent. I’ve used it as such before. Dab it on when you want to keep people away from you.

As I am not personally a Policer and this post has gotten far longer than I had intended, Policers! What do you suggest for other fellow Policers to do to help let people in while still maintaining boundaries? What tips and tricks do you have to strike a balance?